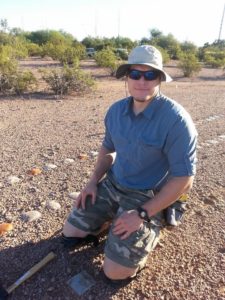 Usually, microbes decomposes our plant litter in ecosystems with water present, but here in the desert, it’s been discovered that some other factor can influence how plants decompose, sunlight! So we had an experiment that lasted nearly two years in the Desert Botanical Gardens in Phoenix, AZ that attempted to measure how different wavebands of sunlight influence the rates of decomposition.

In the photos above, you’ll see these litterbags that are filled with plant litter. We used three different types of litterbags. One litterbag had a top that let in all the sunlight, one blocked ultraviolet (UV), and one blocked UV and blue sunlight. 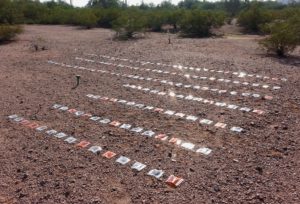 One of eight field plots 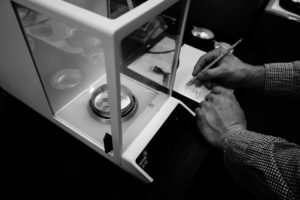 The experiment concluded in 2017 are we have started presenting and publishing some of that data. Below is a poster that I presented at the 2017 Ecological Society of America meeting in Portland, Oregon. 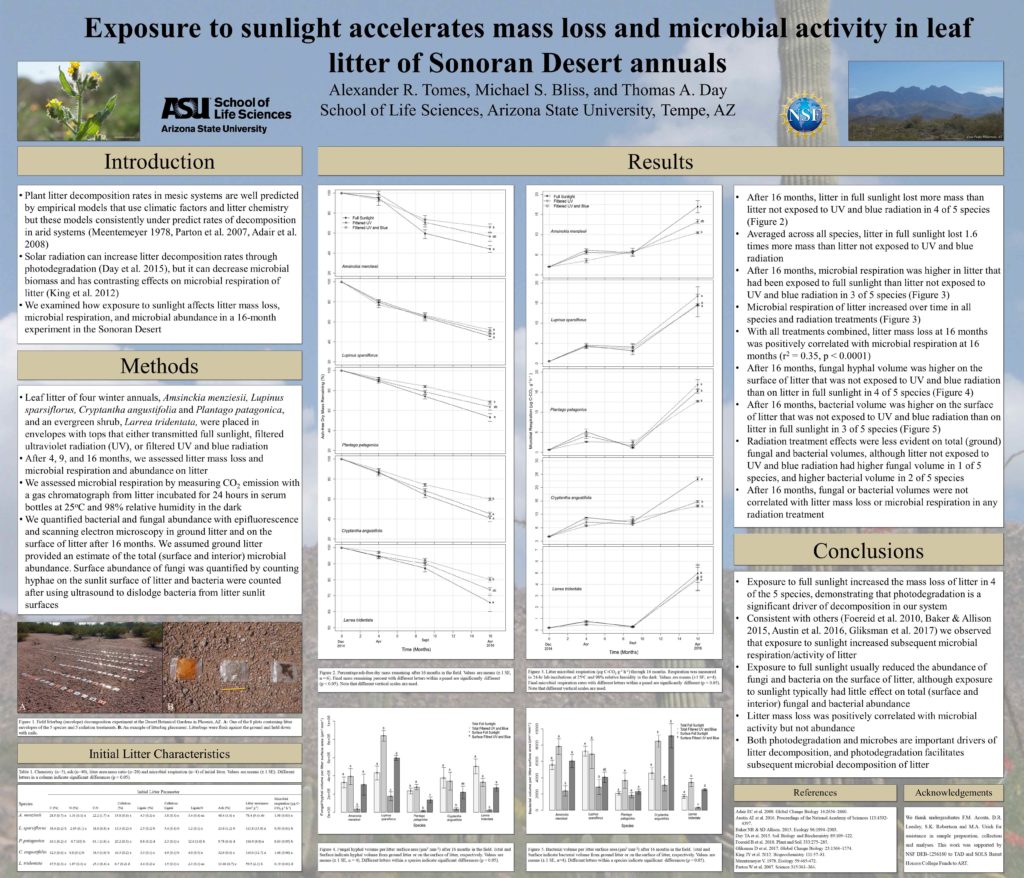 Papers published on this project