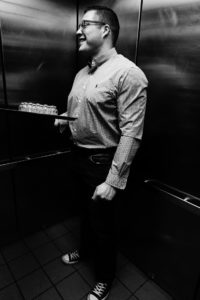 Always on the move with samples from growth chamber to lab

My wife, our dogs and I moved to Phoenix in 2014 to pursue my career as a educator and researcher. Both of us having grown up in small towns in the Midwest, big city living has been a fun-filled challenge. While originally from Fargo, North Dakota, I grew up in Sioux City, Iowa and my wife only a few hours south in the small town of St. Joseph, Missouri. We purchased our home in south Phoenix and have enjoyed exploring the cultural and environmental experiences the Southwest has to offer. As a lifelong student-athlete, I trained and competed in powerlifting during our time here in Arizona, setting state records in deadlift for my weight class.  Staying active and healthy is a big part of our lives and we aim to find new and challenging ways to strengthen ourselves wherever we are – even in 120 degrees. 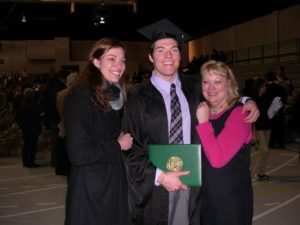 My sister, Laura, and my mother, Maria

This was a drastic shift from our previous climate in Mankato, Minnesota, where I received my master’s degree in Environmental Science from Minnesota State University in 2012. Here my advisor was Dr. Beth Proctor, who taught me great patience in research as my first thesis had failed to come to fruition due to funding being cut. I also was mentored by Dr. Chris Ruhland, who I still work with now on current projects at Arizona State. In Minnesota,  we also enjoyed going to hockey games and spending as much time in that crisp, cold, Minnesota air as possible. With roots in hockey and having lived in Fargo, we felt at home farther north amongst the trees and lakes. Having now lived in the desert, I have found the thing you miss most is all the luscious green vegetation. 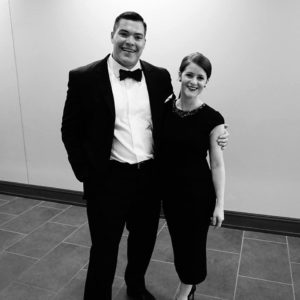 Only a few short years prior in 2010, I obtained my bachelor’s degree in Biology with a minor in Nutrition from Northwest Missouri State University – Maryville. I was recruited there on a scholarship to play defensive end on their football team under legendary coach, Mel Tjeerdsma. It was also there that I met my wife in none other than Botany class –  as luck would have it. You could say plant biology has played a key role in my life and I am so excited to see where else it will take us. 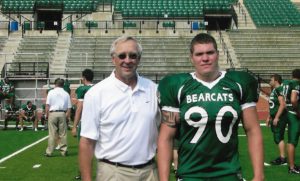 Coach Tjeersdma and I circa 2006

In my spare time back in Missouri, my father-in-law and I have restored a 1973 Volkswagen Camper. Restoring this camper from a nearly barebone shell to what is now a fully functional camper van , taught me so much in patience and problem solving, more than I had of course originally imagined.  Driving through the Midwest countryside in this van and parking out under the stars is nothing short of spectacular.  My father-in-law, John, has entered our van into some recent car shows for fun, we have been pretty lucky with a first place finish. 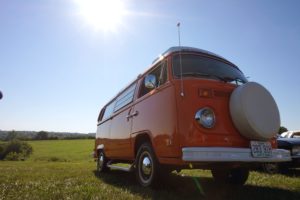 John and I’s 1973 VW Camper, the fastest house you know